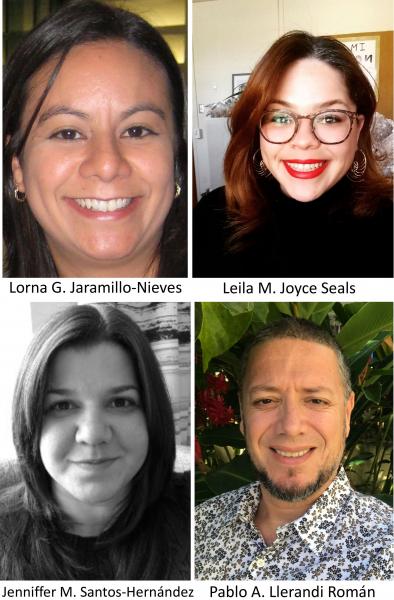 Regional Seismic networks play a vital role in monitoring and disseminating information regarding earthquakes to not only government and emergency management but also to the public. During a significant seismic sequence like the 2020 Southwestern Puerto Rico Seismic Sequence (SWPRSS), the resources of the regional network are put to the ultimate stress test. The network staff including scientists, duty analysts, IT, seismic technicians, administration and education and outreach must juggle continuing operations and monitoring the sequence, arranging and deploying temporary instrumentation, providing critical information to government officials, coordinating efforts with federal partners such as the USGS, and communicating to the press and public. Here some of the lessons learned during the 2020 SWPRSS will be discussed such as the need to preserve human capital with limited personnel, the value of ANSS during the response, and the need to satisfy the press and public in the new paradigm of instant gratification generated by social media.

During this emergency, emphasis on daily seismic activity, local tectonic setting, how and why earthquakes occur, lessons from previous local-historical seismic activity, safety and resilience composed the main topics of communication. In addition, it was necessary to address pseudoscience information circulating mainly through social media. Resources utilized for the development of these topics included open and public sources available online, the history of the 1918 earthquake and tsunami in Puerto Rico, and the discussion of the general public experiences during the sequence to describe how to improve their actions and decisions in future events.

Social media, TV and radio supported this science communication task and were also the principal tools for learning about the general public perception of risk and misconceptions. Lessons learned during this period of emergency respond and recovery include the importance of (1) recognizing local knowledge, (2) understanding the origin of science misconceptions, (3) the capacity of communicating science in simple words but maintaining the same depth intended for peers, (4) a brief and clear message and (5) acknowledging how much energy is required to be a science communicator during an emergency.

Presenting accurate geoscience concepts with empathy and in a culturally-relevant way educates and calms the general public during seismic events and discussions of seismic hazards. This was the result of a series of informal talks aimed at diverse groups of the public during the 2019-2020 Seismic Sequence in Southwest Puerto Rico. These seismic events caused major damage, loss of jobs, and migration, but it also encouraged the public to learn about Puerto Rico’s seismicity. But, this search for understanding led many people to rely on pseudoscientific sources in social media. This situation prompted a group of geoscientists and educators to present informal talks to the people living in temporary refuges and to visit families living on the main fault zone, and to publish key blog/newspaper articles entry on the scientific basis for the seismic sequence. The article published in Ciencias Terrestres, Geología y Puerto Rico (https://geolpr.com/) in January 2020 received the highest number of views in a single day (~50,000) since its foundation in 2011. Comments by the public regarding the blog/newspaper article and the informal talks show that timely, culturally-relevant informal geoscience education interventions help them in developing understanding and in their emotional healing after major seismic events. To be successful in similar interventions, geoscientists and educators require a good understanding of the social and cultural contexts of the diverse populations impacted. This includes developing abilities to communicate science in a relaxed, comfortable way, speaking the language of the people and respecting their knowledge base without decreasing the scientific rigor of the information provided.

The Geology Project is a Spanish-English bilingual geoscience outreach group whose mission is to increase geoscience literacy in Puerto Rico and other Spanish-speaking communities. During the height of the 2019-2020 Puerto Rico seismic sequence, The Geology Project focused exclusively on communicating seismic sequence-related information to our home community. In this talk we highlight the most successful strategies, distinguish between sustainable and emergency efforts, and discuss the importance of showing commitment, engagement, and understanding when communicating science to your own and other communities, particularly in time of crisis.

In the last four years, Puerto Rico has experienced four major extreme events, hurricanes Irma and Maria, the Southwest Puerto Rico earthquake sequence, and the COVID-19 pandemic. These events illustrate the hazardousness of the place and the fragility of a social system steering an economic crisis for over a decade. In this context, community leaders in San Juan actively seek to improve their families, neighbors, and friends' living conditions. This presentation offers a reflection 'from below' on post-earthquake risk communication in Puerto Rico and how transformative transition scenarios served as a dialogue space where earthquake risk communication was discussed. Observations highlight the complexity of navigating a context of cumulative disasters and the importance of integrating community leaders and residents as co-developers of risk communication products.