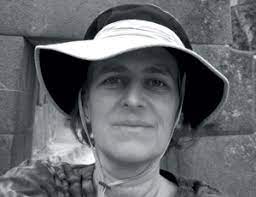 Recent current events have shined a harsh light on the nature and consequences of continuing systemic inequalities in society, inspiring the scientific community to take an overdue look in the mirror. While some progress has been made in recent decades, improving the gender diversity in geosciences, very little progress has been made improving racial diversity in a field that has historically been the purview of white, male scientists. As steps are now taken to improve diversity of the geoscience community, it is important to note that systemic socioeconomic biases potentially impact not only our community, but also geoscience itself. In this talk I focus on earthquake observations contributed by human observers, which provide an invaluable source of information to investigate both historical and modern earthquakes. Commonly, the observers whose eyewitness accounts are available to scientists come from a self-selected minority of those who experience a given earthquake. As such these may not be representative of the overall population that experienced shaking from the event. Eyewitness accounts can contribute to modern science only if they are recorded and archived in an accessible repository. I discuss the extent to which geopolitics and socioeconomic disparities can limit the number of earthquake observers whose observations can contribute to science. I first revisit a late-19th century earthquake in the central U.S. in 1882 that provides an illustrative example of an event that has been poorly characterized due to a reliance on English-language archival materials. For modern earthquakes, I consider data collected for recent earthquakes in California and India via the online "Did You Feel It?" system. In California, online data-collection systems appear to be increasingly effective in gathering eyewitness accounts from a broad range of socioeconomic groups. In India, however, a recent study by Hough and Martin (SRL, 2021) shows that responses to the "Did You Feel It?" system reveal a strong bias towards responses from urban areas as opposed to rural settlements, as well a strong bias with literacy rate. The dissimilarity of these results from modern earthquakes in the U.S. and India provides a caution that, in some parts of the world, contributed felt reports can still potentially provide a grossly unrepresentative view of earthquake effects, especially if online data collection systems are not designed to be inclusive. This limitation can in turn potentially shape our understanding of an earthquake’s impact and the characterization of seismic hazard. A lesser degree of bias is found in DYFI data for California, suggesting there is room for improved engagement with underserved communities.