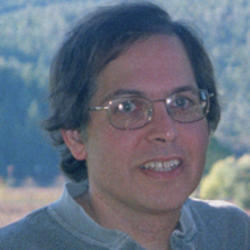 During the 2018 eruption of Kilauea, the central part of the caldera collapsed by up to 500 meters and caused M~5 earthquakes, almost daily from the end of May until the beginning of August. These earthquakes damaged the USGS Hawaiian Volcano Observatory and future events present a hazard to other structures around the caldera. But how can we assess the hazard of these highly clustered earthquakes, which do not follow a Poisson process? After all, in his seminal paper on Probabilistic Seismic Hazard Assessment (PSHA), Allin Cornell wrote, “the assumption that the occurrences of earthquakes follow the behavior of the Poisson process model can be removed only at a great penalty” (BSSA, 1968). I will discuss a pair of papers by Andrea Llenos and myself that address this issue. In the first, we model the occurrence of these earthquakes by combining a distribution for the occurrence of the underlying process of caldera collapses with a distribution for the earthquake response to those collapses. This approach could also be used to model the hazard due to aftershocks, which can be considered the earthquake response to the underlying process of mainshocks. While simulations can be used to compute seismic hazard including behavior such as aftershocks (e.g. Field et al., BSSA, 2017), the computational requirements may be daunting for many applications. A clear goal of Cornell was an analytic method to allow users to explore the impact of a variety of parameters. Therefore, our second paper introduces an analytic approach for PSHA that allows for arbitrary distributions of earthquake occurrence without an appreciable computational penalty. We apply this method to the caldera collapse earthquakes and explore general implications of non-Poissonian behavior for PSHA.