Micromechanics of Strain Localization and Quasi-static Failure in a Sandstone – what can we learn from combining in-situ x-ray microtomography with acoustic emissions? 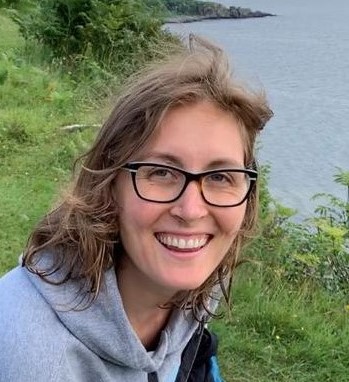 ***[NOTE: Video seminar is "pending" approval by the speaker. Try again at the end of the year. We apologize for the inconvenience. Thank you!]***

Localization of structural damage (faults and fractures) along a distinct and emergent fault plane is the key driving mechanism for catastrophic failure in the brittle Earth. However, due to the speed at which stable crack growth transitions to dynamic rupture, the precise mechanisms involved in localization as a pathway to fault formation remain unknown. Understanding these mechanisms is critical to understanding and forecasting earthquakes, including induced seismicity, landslides and volcanic eruptions, as well as failure of man-made materials and structures. We used time-resolved synchrotron x-ray microtomography to image in situ damage localisation and shear band formation at the micron scale. Furthermore, by controlling the rate of acoustic emissions (AE) during a triaxial deformation experiment, we deliberately slowed the strain localization process from seconds to minutes as failure approached, in order to image directly the sample weakening processes that are normally too transient even for fast synchrotron imaging methods. In this talk, I will show that local strain clusters explore several competing orientations before settling on the eventual fault plane, and the thickness of the resulting shear damage band is approximately the grain size. Within this shear band, shear deformation is accommodated by crack rotation (an aseismic mechanism not detectable by acoustic emissions), in addition to tensile cracking and slip, with shear fracture energies estimated from the local evolving fault plane being significantly smaller than those estimated from the uniform slip model. I will also relate the microtomography observations with the AE, which show a relatively high overall b-value, by comparing seismic strain estimates from the AE with the local 3D strain fields. This shows that strain within the shear band is primarily aseismic, with larger AE events occurring in regions where the local strain is smaller. Finally, I will discuss whether we can relate the observed micromechanics to observations of tectonic kinematics, and hope to continue this discussion with the audience.